I know that they are not intentionally trying to frustrate me.

I know that it is probably a coincidence that Leo whinged and complained for a straight two hours during my husband’s sleep-in yesterday (during mine he was an angel for Daddy). 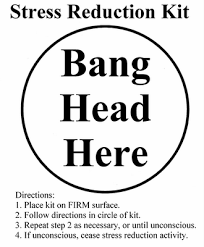 This morning he was perfect but Julian took on the roll of the devil.

“Mu—-uuuum, I’m cooooold.” (in a tone that indicates he is actually the saddest three year old to ever live)

“Mu—–uuuum, I’m thirsty.” (in a tone that indicates he is the thirstiest person on the planet and hasn’t seen water in days)

“Mu—–uuuum, the chocolate in my Santa (advent calendar) is broken.” (in a tone that indicates that this is the worst thing that could ever happen to him, meanwhile he’s eating the chocolate)

“Mu—–uuuuum, you haven’t fixed my cubby yet” (the cubby that he has made from pillows and blankets…not the tent like cubby already erected in the games room or the cubby permanently situated outside the open door).

Somedays I am neither tolerant, patient or kind. Some days I need to leave him downstairs to his moping and go and have a shower, giving myself time to reason that he is a child and not my own personal torture device, to be turned on and off by his will.

Then I took him to kindy.

He brought all his Mario toys in to show the teachers. He asked if I could stay and play with him a bit longer today.

And the sun came out.

My own little shining light beamed at me constantly as he took me round the room, working out what to play. That made me happier too, his energy and mood reflecting off me like a mirror.

I sat and played with him and a group of boys, being silly, being funny and he smiled proudly, the smile he reserves for others when he’s with me, as if to say, “That’s my Mum, isn’t she great.”

My own personal sunshine.