Today’s Mantra: Stop, rest and relax (and be running tomorrow)

Life would be boring if we didn’t have obsessions and new motivations, no matter how short-lived.

I get motivated at the strangest times.

When I was pregnant my girlfriend and I decided that after we had our babies, it would be the perfect time to get a gym membership (??). We dreamily talked about going for coffee, playing tennis, doing yoga, zumba and being there all the time.

Where did we think we were getting all this time…not only with having new babes but looking after toddlers?

We did join up but barely went. I was a big fan of their yoga classes but found that two times a week, mostly separate to my girlfriend, was the maximum I could manage. The minimum…well lets just say weeks could go by without movement on that particular membership card.

So this week, I blame Facebook for getting me all excited about exercise. I have been going to yoga, irregularly since having Leo, but the yoga studio was too full on, all the time. I like my Yoga to be de-stressing and blissful. I need a new place for that.

So last August, (again, when I was pregnant) I decided that my husband and I should run the City to Surf this year. Not sure how I thought training together would work…who would look after our kids?

So I had to find another running partner. I am suprised to find, that even amongst the most athletic of my friends, running is not something they enjoy.

When I get into it, I love running. My favourite running memories are from London. I was 21, had just got there, and was yet to find a job. Every morning I’d pull on workout clothes and get to know my new city. It was summer and an absolutely beautiful time, full of excitement on how my life was going to turn out.

Two new posts on Facebook from friends this week got me excited. One was a post, extolling the virtues of Bikram yoga, which I’ve never done. The other, a boastful and impressive, 5km run in Amsterdam…complete with the Nike iphone app stats to prove it.

So I commit to Bikram Yoga this morning and find a reluctant running partner for tomorrow (same friend).  Friday night I had a throat “thing”, yesterday I felt better, but it was a temporary repreieve. I think the infection was on the move, it settled in my chest last night, so I woke up this morning unwell and facing a pj day, instead of sweating it out at Bikram.

Hopefully, I will be singing Bikram’s praises next week.

I’m still itching to download my own, cool running iphone app, to track my kms, calories and triumphs!

The bonus of staying home today is getting to watch one of my very favourite little people attempt to move. He’s nearly there! 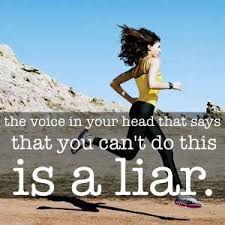