Yesterday I was speaking to a girlfriend who was told by a teacher that her little girl didn’t have, “Attention to detail.” I laughed and said, “Neither do I.” She said, “That’s what I said!”

My friend was annoyed that little things like this would be mentioned to her child and may hold her back as she begins to believe that she is not going to be able to achieve because of this.

What that teacher wasn’t taking into consideration was the fact that it’s all relative. Maybe her attention to detail is poor in maths but amazing in art. Or she might be an ideas person…she won’t need to worry about the details.

I may be a bit slap dash and generalist in a lot of areas but I pay attention to my writing, grammar, spelling mistakes and content. My attention to detail here, on an area I am interested in, suddenly springs to life.

I was once told in a review that I, “was not a closer.” No I don’t like to push things on people. My style is more, “Here is the info, your intelligent enough to make up your own mind I’m sure.” My sales records however were always exceptional and despite criticism I didn’t change my style. I knew I couldn’t be something I’m not.

I’m also a bit of a dreamer, I get excited easily and maybe sometimes carried away. I was always quite stern with myself trying to shove my excitement back inside so that I didn’t end up looking silly if I didn’t follow through or become “successful”.

When I say that I mean the societal definition of success being career progression and financial reward.  I would say, “Writer.” People would say, “Teacher.” I would say, “Travel.” People would say, “Working holiday.” I wanted to pursue a fun-sounding job but it was pointed out that administration would give me more money. I was so bored  and hemmed in and my self-esteem plummeted. I’d officially made the “right” decision but I was miserable.

Yes reality is needed but what’s life without dreams? I would have eventually got to realistic terms on my own if my plans fell through but mostly I let other people’s logic take over and never took chances.  I let my own intuition be ignored.

So this week started with me watching an interview with Anita Moorjani, author of Dying to Be Me, and ended with me buying and finishing her book.

The essence of her book is that she had a near death experience and came back to tell her story, healing her body of cancer in just four days.

A remarkable story of healing but what I loved was what she learned and the messages she is trying to put forward. I have never highlighted a book (intentionally) on my ipad but I found myself highlighting huge sections of text so that I would pay attention, absorb and learn.

She puts her cancer down to the pressure from cultural and societal obligations that made her suppress who she was and the fear of cancer itself. She was so fearful she lived more to avoid cancer than for the joy of living.

She writes that her healing, “wasn’t so much born from a shift in my state of mind or beliefs as it was from finally allowing my true spirit to shine through.”

When she was in the other “realm” she writes that if she were to put her thoughts into words they would have gone as follows, “Boy, if only I’d know that we’re supposed to come here (to earth) and feel good about ourselves and about life – just express ourselves and have fun with it.”

She believes in the law of “allowing” not attracting. She believes that by following (not pursuing) your passion and your beliefs, without judgement of yourself then good things will happen.

If you are confused by this statement then just compare people in the pursuit of happiness to the people allowing themselves to be happy. There is a vast difference.

She doesn’t believe that you need to be positive all the time. She feels what she feels and just goes with it. She believes that by not wanting to think negatively you are creating fear of those thoughts.

Fear, she writes, is crippling and disease-causing and there is no reason to fear anything. 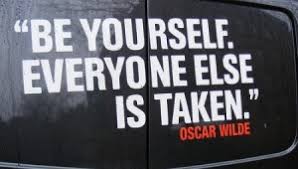 I think it’s an amazing book and I got so much out of it. It won’t be everyone’s cup of tea but that’s the point really isn’t it?

Follow your own passion and dreams and “allow” good things to happen to you.