When you dream do you see the reality of it? Or is it just nice to dream?

It’s 2013. Intentions have been set but do you really believe they will happen?

I had a funny experience when I was away on holiday.

There was a tennis court. I hadn’t played tennis since Leo was born, but before that I had taken weekly lessons for four years.

It was a muck around session with some girlfriends but we had a coach who would dutifully pass the balls over the net and tell us to shut up as we caught up on the week’s gossip with each other.

I had a decent serve but a couple of years into the lessons I lost it. I could no longer aim nor hit the ball hard. When it came to game time I froze…telling myself, “I can’t serve, I can’t serve.”

Anyway so I get on the court during the holiday and think to myself (a statement I had joked about to many people whilst Julian was taking lessons last term), “I’m a crap tennis player, I probably won’t even be able to hit the ball.”

The thing is I really enjoy tennis.

When I am not thinking and just playing I surprise myself.

So I spent some time with the hitting wall.

I told myself I am an awesome tennis player. I have a great serve. My backhand is strong. My forehand has good direction.

I played better. I hit the wall again and again.

When I stopped thinking and concentrating the ball flew over the wall and eventually I had to stop playing and go pick all the fly balls up. I then had to re-centre myself and start my playing mantra’s over again.

The point is….you are what you think you are.

So 2013 is not just about setting intentions, it needs to be about believing that you can fulfil them.

How do we change that? 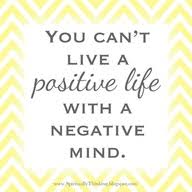 I find mantra’s help. Louise Hay books help. If you don’t automatically believe in yourself then you need to start changing negative thoughts to positive.

I thought I had done that. After I lost my baby Sophia she taught me how strong I was. How wrong I was not to believe in myself and how I can overcome anything.

What I didn’t know is that if you become complacent and forget your true worth by focusing on day to day issues, the negativity can creep back in.

Banish negative thoughts just for today and crowd your mind with positive thinking.

Then tomorrow set your intention to do it again.